Police brutality has lately been on the rise with many ordinary citizens suffering in the hands of the law enforcers whether they have committed a crime or not.

The Independent Oversight Policing Authority (IPOA) which was established in 2011 to provide the civilians an oversight duty over the work of the police in Kenya, also investigating misconduct of the police officers among other functions.

This has however not reduced any form of mistreatment meted on Kenyans.

The police seem unperturbed and can do anything to any unlucky Kenyan that comes face to face with the wrath of the lately turned merciless beings.

One man from Chuka is a recent victim of the police brutality.

He reached out to the famous human rights activist Boniface Mwangi on how he encountered the unfortunate experience.

In the message that he sent to Boniface Mwangi, the man identified as Ken Gitonga from Chuka was on a motorbike on his way home at around 7:05 pm.

The police decided to chase him and they put a stick in the wheels of his motorbike that was on motion prompting serious injuries after he fell from the moving bike.

The officers then took him to Chuka level 5 hospital and left him there.

According to the information he shared with Mr. Boniface Mwangi, Mr. Gitonga claimed that he contacted IPOA after the incident but his efforts were futile.

He also expressed his fears claiming that the police kept calling him asking his whereabouts.

The man reached out to Boniface Mwangi who has been in the forefront in addressing the infringement of rights of the people in Kenya.

Another person who also reached out to the human rights activist is a family that allegedly reported the police brutality on them. In their message, the wife of the victim stated, “We live in Jamhuri Estate. Last night my husband Kelvin Njiri was arrested while sitting in his car inside the estate. @NPSOfficial_KE beat him up, when l went to his rescue the cops pointed a gun at me. He is being held at Jamhuri Showground Police Station on fake charges”-Sarah.

The message was attached with a video allegedly recorded by the victim, Mr. Kelvin Njiri.

In the video, an unidentified man approaches the victim and commands him to call the police land cruiser.

The other person who is believed to be one of the officers continues to tell the other to call the police land cruiser, which is a common car police officers use in patrols.

Kelvin Njiri’s wife also intervenes by asking what her husband has done.

The other person adamantly tells his company to call for a land cruiser. He is also heard telling the officers that the premise is a private property and they shouldn’t come in to arrest him, that they should arrest people outside the gate.

One of the officers is also heard telling Mr. Njiri to stop recording him before a commotion ensued, Mr. Njiru is heard screaming which is believed to have been a result of being hit by one of the officers.

His wife screaming amidst the commotion between Njiru and the officers.

Kelvin Njiri has been released. Video and photo evidence will set you free. Kelvin was booked on three counts
1. Resisting arrest
2. Assaulting a police officer
3. Inciting the public. His wife's screams woke up the neighbours who confronted the police for assaulting Kelvin. https://t.co/DWyMacw224

These latest two cases are just but a few evidences among many of police brutality.

Many Kenyans have cried foul of the police calling upon the authorities to help them in curbing such mistreatment which is against human rights.

Boniface Mwangi has been receiving many complains from Kenyans who are crying of various cases of mistreatment and other predicaments.

The activist has been sharing some of the complains on his official twitter account addressing IPOA and other relevant authorities demanding redress and change. 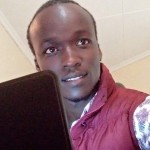 Felix Chepkwony is a media enthusiast and a human rights defender. He is currently studying at Laikipia University and a chairperson of the Human Rights Club.

Felix Yahil
Felix Chepkwony is a media enthusiast and a human rights defender. He is currently studying at Laikipia University and a chairperson of the Human Rights Club.

Neitizens roasts Busia police officers who arrested a mother of one – month old baby before putting them in isolation centre.

Today marks the 50th day since the government announced the first case of corona virus in the country. It is still tightening the noose in ways to curb the covid-19 pandemic that has shaken the whole world. Quarantine centers were put in place so that those suspected to be having the virus can be placed […]

Doctor commits suicide in Nambale, Busia after losing his lover to a close friend.

A 28 – year old doctor has committed suicide a day after his close friend took his lover. Mr. Benson Wabwire was found dead in his house located in Buyota market on Wednesday morning. Report reveals that Mr. Bwrire spend the whole day with one of his friend before the two patted ways. The following […]

Upon his graduation in 1992 from Eregi Teachers Training College Mr. William Wayodi secured a place at Mahola Primary school Making his first entry into the world of education teaching Kiswahili and Social studies for standard eight. During his first year at the institution, Wayodi recorded the highest marks in the subjects he was undertaking. […]